An event every week that begins at 10:15 am on Thursday and Saturday, repeating until August 10, 2019 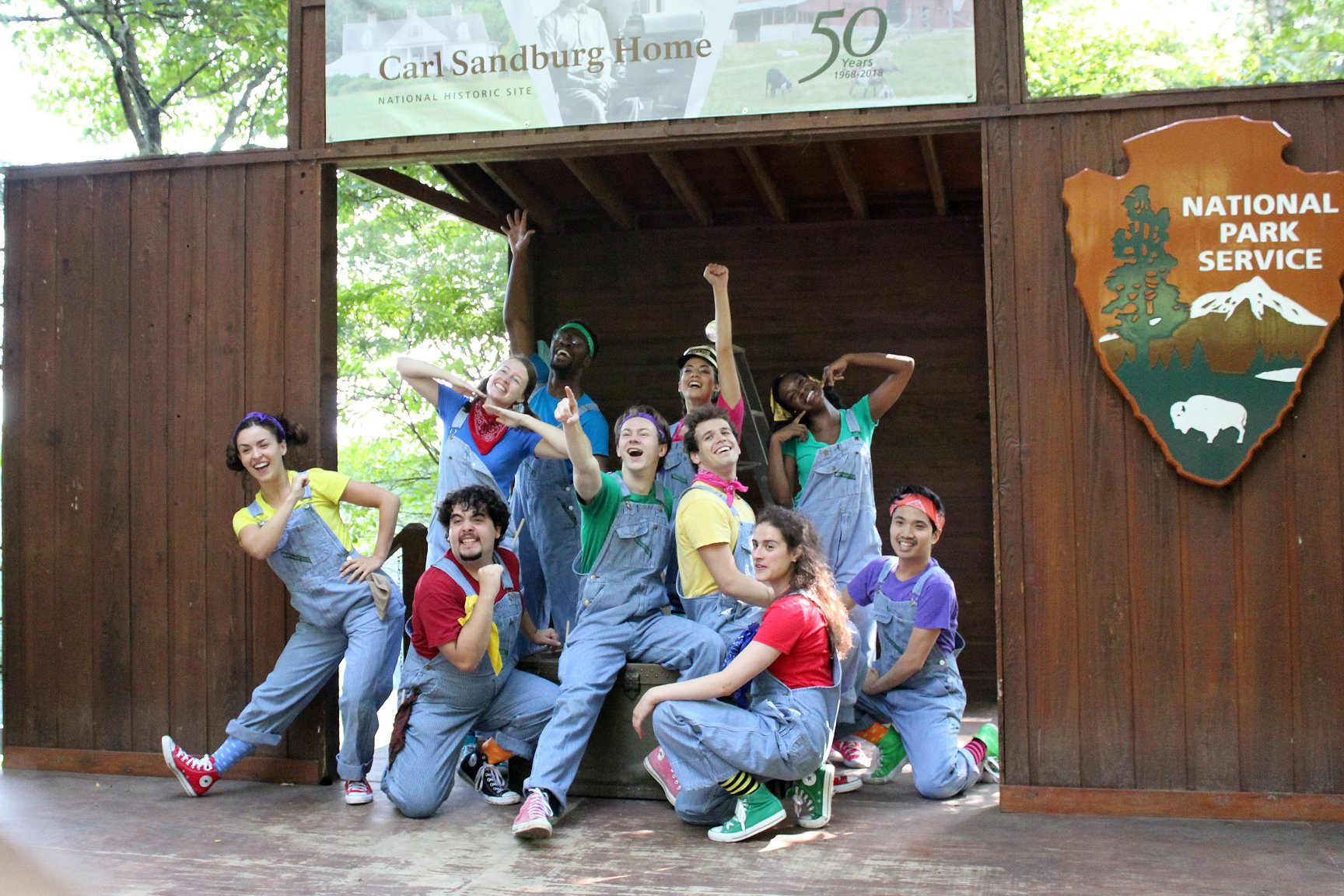 Free 30-minute plays featuring apprentice actors from the Flat Rock Playhouse Vagabond School of the Drama. Performances are held rain or shine, at the new park amphitheater near the front lake.

Rootabaga Express! – Thursday and Saturday Mornings
Carl Sandburg created his own version of American fairy tales when he published Rootabaga Stories (1922) and Rootabaga Pigeons (1923). He replaced the European fairy tale cast of princes, princesses, castles and kingdoms with icons American children would recognize — taxi-drivers, movie actors, skyscrapers, prairies and automobiles. Rootabaga Express! brings the stories of the Five Rusty Rats, Bimbo the Snip and more to life.You’ll meet new characters and journey farther into the Village of Liver and Onions and Sandburg’s imagination than ever before.The 30-minute shows are appropriate for all ages and held rain or shine.

Young visitors can earn the new “Rootabaga Ranger” badge by completing an activity sheet after the play.

These shows are supported by the Flat Rock Playhouse and the park’s non-profit bookstore partner, Eastern National.